Company 5M s.r.o. succeeded in the tender of a scientific mission under the European Space Agency (ESA) and will thus be involved in the PLATO project by supplying most of the structural elements of the satellite’s service module. A consortium of European companies led by OHB System AG and other partners Thales Alenia Space and RUAG CH are participating in the PLATO project. The goal of the PLATO mission is to search for and study Earth-like planets in planetary systems, outside our solar system at a distance of about 1.5 million kilometers from Earth. The object of the research will be especially the planets in the so-called habitable zone, ie at a distance from the parent star, which allows the formation and existence of water in liquid state on the surface of the planet. 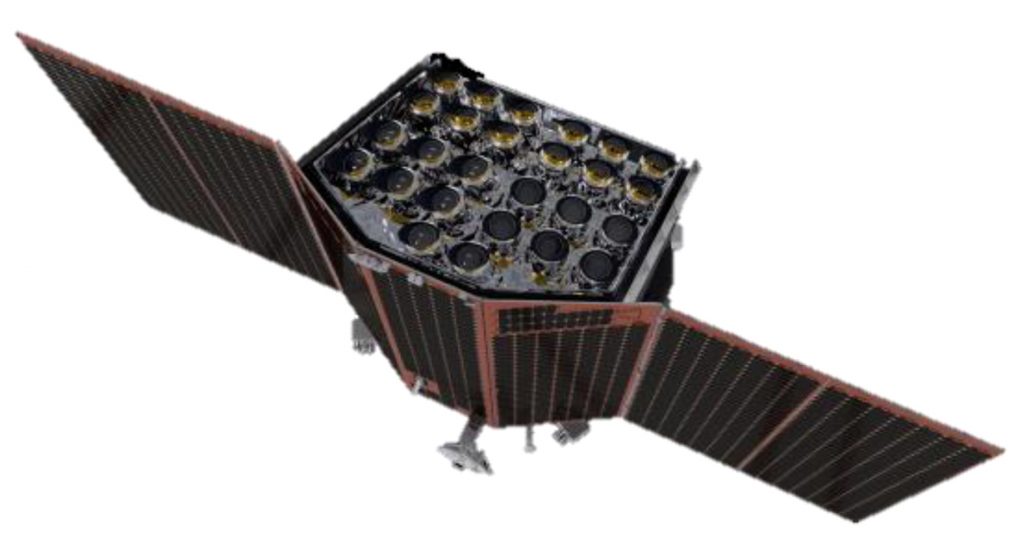 The PLATO satellite is designed on the basis of a modular concept and consists of two main parts:
– a so-called “payload” module, which will carry scientific instruments, consisting mainly of the main set of special cameras, optical elements and hardware equipment of the so-called “service” module, which provides vital functions of the satellite and is its supporting element. 5M will be involved in the production of the service module, specifically the production of all composite carbon sandwich panels and their fasteners, which form its basic structural part. The service model provides structural support for the payload module and is also responsible for order management, height control, temperature control, communication and electricity generation and distribution. Its integral part is also a solar shield with integrated solar cells. Composite sandwich panels made by 5M together will form the complete backbone and outer packaging of the entire service module (29 panels in total), providing support to all of the above-mentioned devices and technologies installed inside and outside the module. This results in high demands on the mechanical properties and quality of sandwich panels under the conditions of maintaining the lowest possible weight and ability to operate in extreme conditions of space. 5M is proud that the European Space Agency has been selected to produce and deliver such panels.

What can we store?

The necessary cookies are necessary for the proper functioning of the website and their use cannot be disabled. These cookies do not participate in any way in the collection of data about you.

Preferential cookies primarily serve to make your work with the website more pleasant. We use it to be able to display relevant information (eg. recommended articles) on the site.

Analytical cookies help us measure website traffic and events on the site. We then evaluate this data as a whole, ie. we do not use them for your identification.

We use marketing cookies primarily so that we can show you ads relevant to your interests that will not bother you. By enabling these cookies, you will enable us to make your work with the website more pleasant.